Ann Christenson has covered dining for Milwaukee Magazine since 1997. She was raised on a diet of casseroles that started with a pound of ground beef and a can of Campbell's soup. Feel free to share any casserole recipes with her.

The tables may be topped in white cloths and glowing tea lights, but the vibe in this room is unaffected, with its mix of families and couples of various ages. It’s a magnet for date nights or casual evenings with friends, or just that place to grab a solo meal at the bar. That’s precisely what owner Frank Tenuta was aiming for when he opened this establishment 18 years ago. “I was walking by the building with my wife. I said to her, ‘I could do something with this place,’” he says of the then-unoccupied storefront surrounded by tidy little South Side homes.

Tenuta, a financial adviser by day, spent part of his formative years in a restaurant. When he was 13, his dad and uncle bought a pizza place in Racine. His mom’s marinara and lasagna and his dad’s pizza dough are among the recipes used here at the Bay View place. His chef of seven years, Eli Murphy, has folded in some modern menu touches, but it still feels pretty old school. And that is the alluring yin-yang of Tenuta’s – old and new, casual and kind of upscale. It fits any mood – as long as you’re coming with a good appetite. 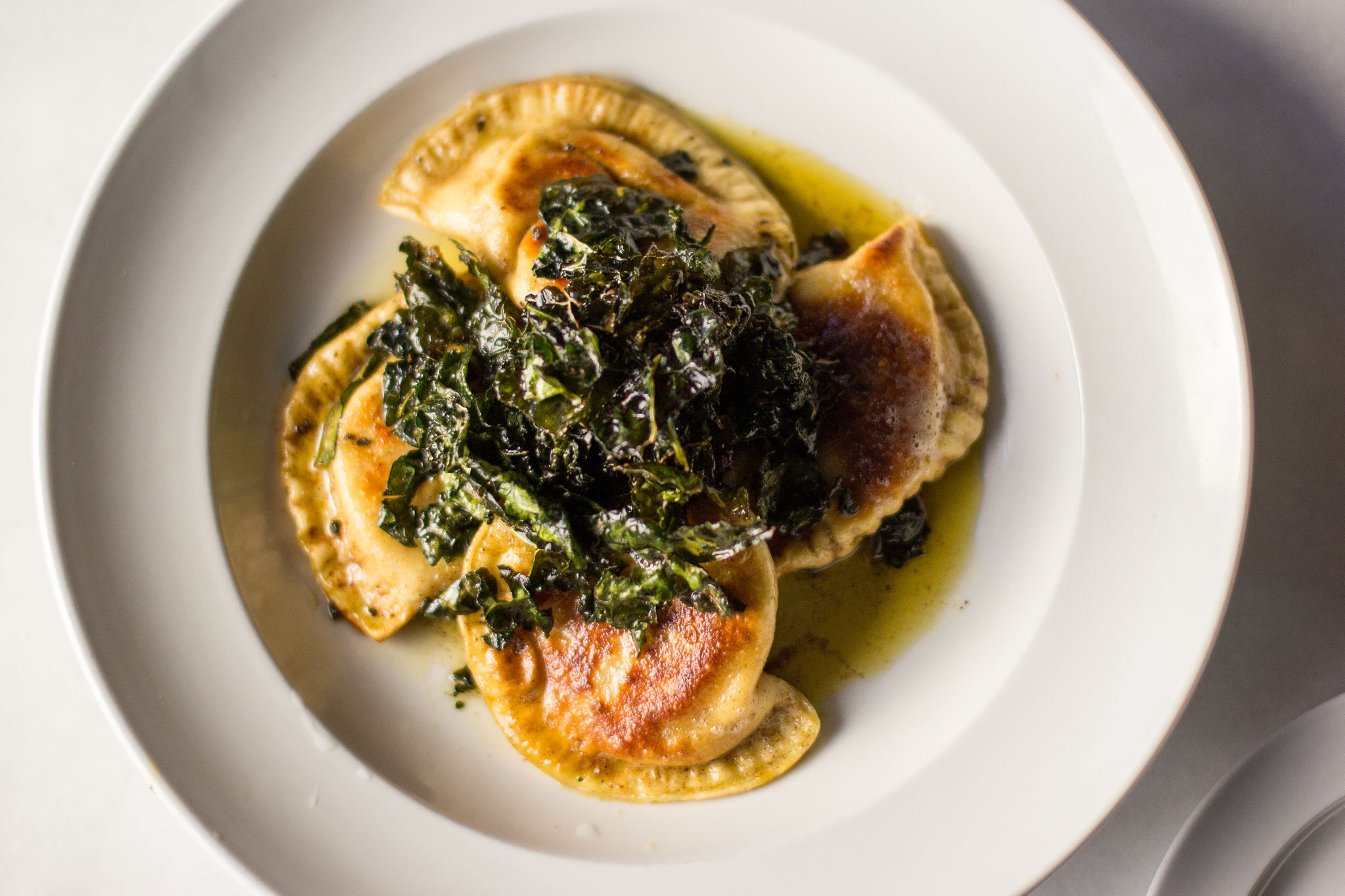 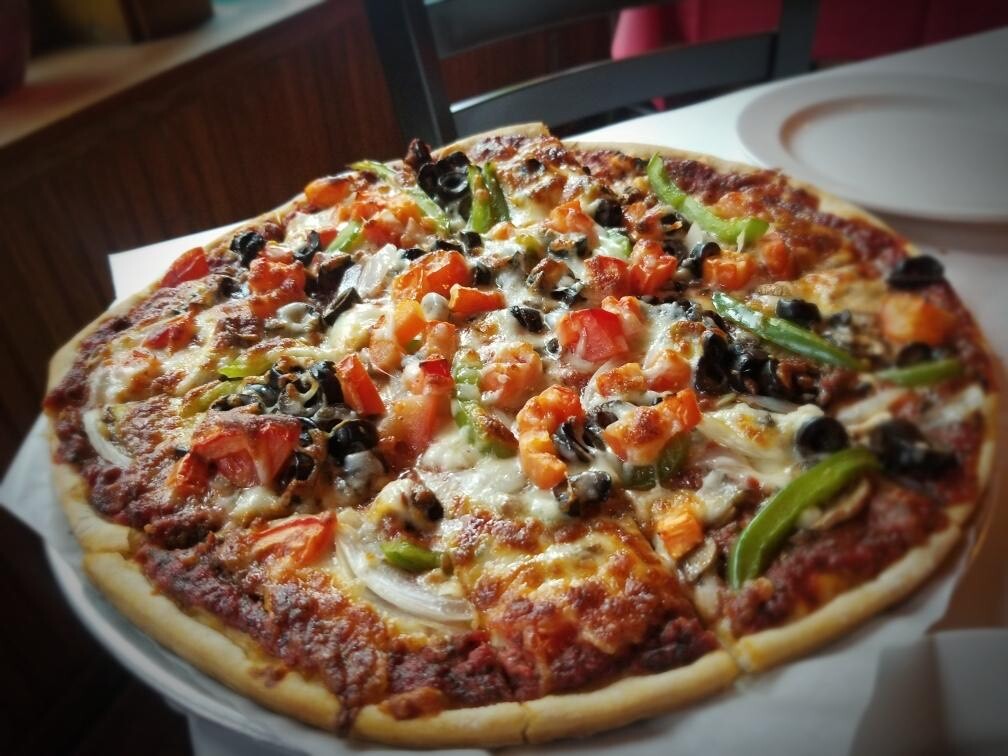 At a recent visit, my appetizer plate balancing a first-rate arancini (fried rice balls with sweet, thick marinara, $10) and a generous slab of garlic bread with an also-generous glob of creamy burrata and arugula pesto ($13), I ponder the happy od and service produce contentment. But it’s more than that. You may not be a regular, but you’re treated like one. I’ve written about Tenuta’s pizza, which has a deserved position on my list of favorite pies. You can choose thin to deep-dish crusts (from $9). I gravitate to the crisp, crackery thin crust – my Milwaukee roots showing – and either keep it simple with a fresh mozz-topped margherita or go crazy with intensely flavored toppings like the Calabrese (vodka sauce, arugula, sausage, giardiniera, fresh mozz). I also have a soft spot for Tenuta’s pasta, whether it be the protagonist (a decadent homemade mushroom ravioli with sundried tomato-Marsala cream sauce, $20) or a supporting player (perfectly al dente butternut squash risotto served with a crusty-good pan-seared salmon, $25). And if you have an affinity for lasagna like I do, Tenuta’s version is suitably slaying as an arsenal of carb satisfaction ($19). Old-school Italian places used to be called “red sauce” joints, where pasta and marinara – and lots of it – was the main attraction. While it’s no red-checkered anachronism, Tenuta’s is still old school, just with shinier shoes. 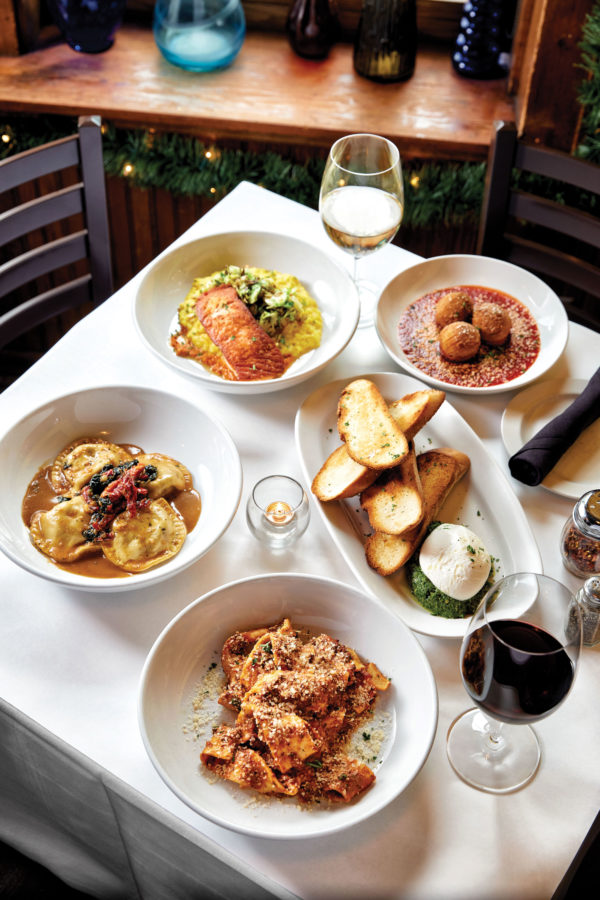 Tenuta's has been awarded 'Best Italian Restaurant' by the Shepherd Express since 2015. Our staff works hard every day to create a memorable dining experience for all our guests and we are truly humbled. Thank you Milwaukee!

Tenuta's is a proud sponsor of the long standing South Shore Farmer's Market. The Market is open from June - October each year. Situated along Lake Michigan in Milwaukee’s South Shore Park, the South Shore Farmers’ Market offers the best of local agricultural, prepared and ready-made foods. Enjoy a lake breeze carrying sounds of laughter and live entertainment while you shop!

Tenuta's proudly sponsors Bay View's famed Chill on the Hill, one of the neighborhood's favorite summer events! Chill on the Hill, brought to you by the Bay View Neighborhood Association and Milwaukee County Parks, is a weekly free summer concert event with live local music, food trucks, and fun for the whole family. Chill on the Hill Tuesday evenings at Humboldt Park in Bay View from June-August.