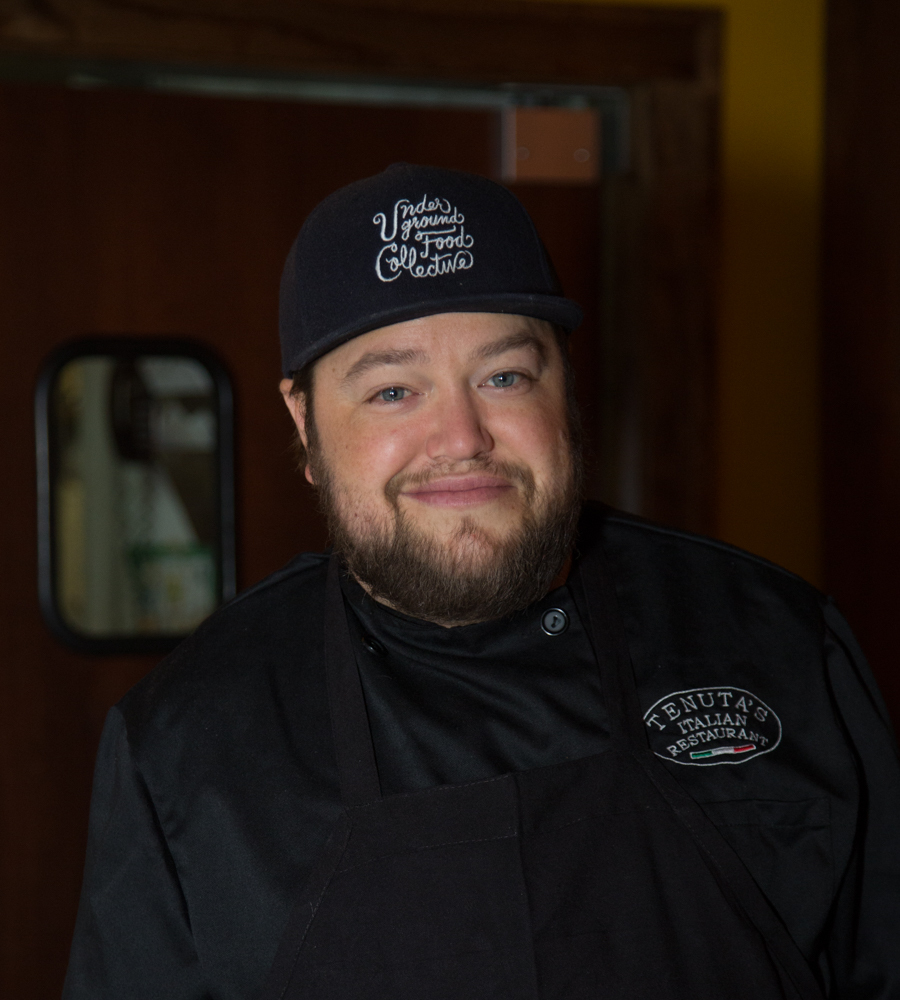 Chef Eli began his cooking career at the tender age of 14, working in various kitchens in and around Butte and Helena, Montana. He then moved to Portland, Oregon which fueled his passion for his craft after cooking in kitchens such as Tastebud and Nostrana. Upon moving to the Midwest, he worked as a farmer for Wellspring in Newburg, WI. This enhanced Eli’s passion for fresh, farm to table cooking. In 2012, Chef Eli and his family relocated to Milwaukee where he was the chef at Honeypie for three years. Chef Eli joined Tenuta’s Italian Restaurant in 2015 and captured the first win of “Best Italian Restaurant” in Milwaukee by the Shepherd Express.

Chef Eli’s talent touches the menu in all areas, from the daily menu to weekend specials and the neighborhood’s favorite wine dinners. Along his culinary journey Chef Eli also received a Bachelor of Science in Molecular and Microbiology from Portland State University. He spends his free time traveling with his wife and son Jack.